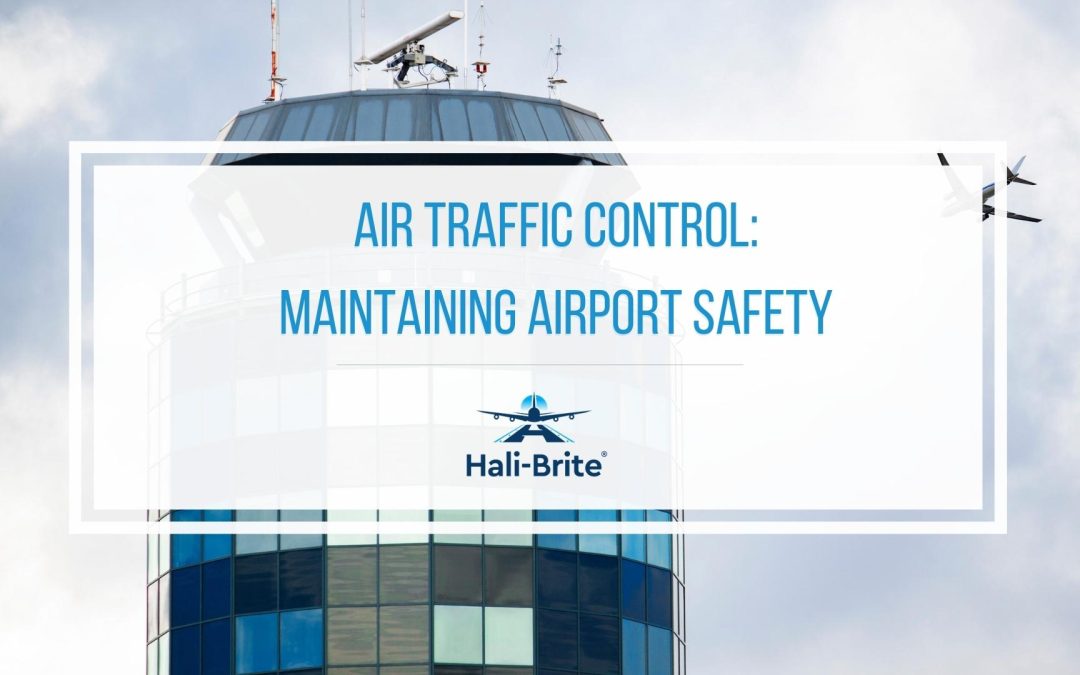 Ever wonder how airplanes avoid colliding with one another even if several planes are operating in an airport’s small airspace? It takes extensive knowledge, concentration, and excellent verbal communication skills for air traffic control to assist in takeoff and landing operations. If you have ever taken a flight, you should thank the air traffic control personnel who ensured that your plane’s takeoff and landing were performed safely.

Aside from managing air traffic, they also monitor several factors that can affect an airplane’s flight, such as the weather, air pressure, and temperature.

This post discusses the various aspects of air control traffic management and why it’s vital to the aviation industry.

What Is Air Traffic Control (ATC)?

Air Traffic Control (ATC) is a system that combines humans and machines to move aircraft efficiently and safely through a section of controlled airspace. The primary purpose of ATC is to prevent collisions and organize air traffic by providing information and other services to pilots.

The inner workings of an air traffic control system are pretty complicated since various tasks play out at the same time. This can include coordinating aircraft movements and minimizing the delays between takeoffs and landings.

While civilians operate most ATC centers, some facilities are handled by military personnel.

How Does It Work?

Air Traffic Control has seven phases that manage the journey an aircraft takes from takeoff to landing. Here are the seven phases involved in air traffic control:

The control tower communicates the weather forecast to the pilot. If everything is alright, it will give clearance to the flight’s route.

Traffic control operators give clearance to the airplane to lift off the ground.

The plane is now in flight and is five miles from the airport. At this point, the Terminal Radar Approach Control (TRACON) takes care of the flight control.

During this period, the oversight is transferred to an Air Route Traffic Control Center (ARTCC), which supervises flights within an area.

This phase occurs when the aircraft is about 50 miles from its destination airport.

The approach is the phase where the TRACON merges various streams of descending airplanes into an even pace.

In the final stage of an airplane’s journey, the local air traffic controller gives the pilot clearance for landing while directing them through taxiways. 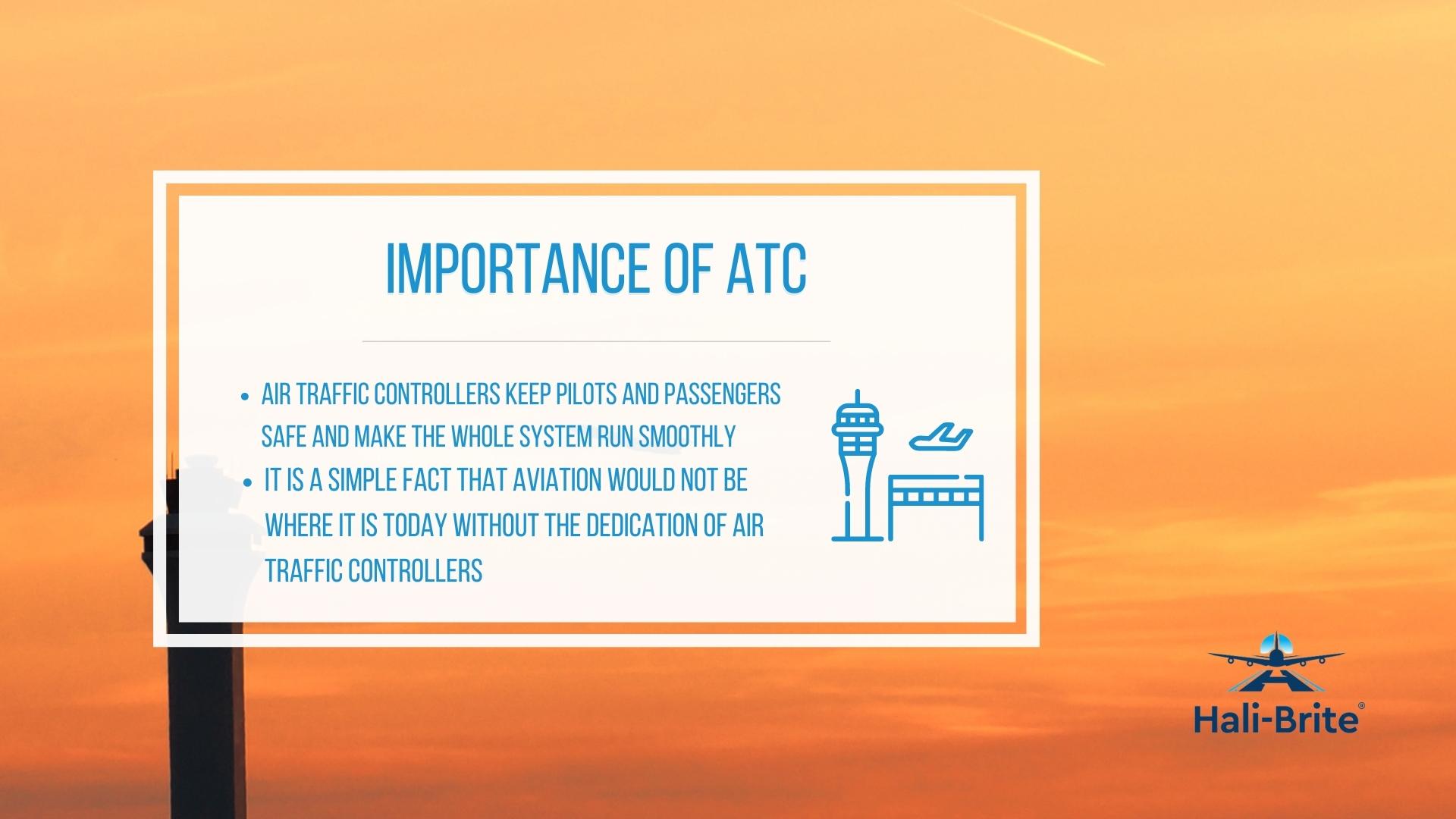 The Federal Aviation Administration (FAA) runs the air traffic control system in the United States. Other countries also have their local agencies that are equivalent to it.

Air traffic controllers are the persons who aid airplanes through radar and communicate various information to the pilots. They implement traffic separation rules to minimize the space around a plane at all times.

Why Is ATC Important?

Air Traffic Control is also responsible for reducing unnecessary risks for passengers and pilots of a plane.

Without active and efficient Air Traffic Control, an airport and its immediate airspace would be chaotic and possibly dangerous. ATC is important because it supports the pilot in every step of the plane’s journey.

Difference Between ATC, TRACON, and ARTCC

Air Traffic Control is responsible for the plane if it is five miles from the airport’s control tower.

Once it has gone beyond that, it’s up to the TRACON radar system to track and support the plane. The system covers the airspace surrounding the airport, about 30-50 miles around the facility.

Finally, ARTCC provides traffic services to aircraft that operate on a flight plan under the Instrument Flight Rule (IFR).

Air Traffic Control has a vibrant history that began as early as 1929. During this time, operators like Archie W. League, regarded as the first air traffic controller, used flags to communicate to the pilot.

In 1935, the first airway traffic control station was established, whose primary job was to keep aircraft safely separated as they traveled from one airport to another. By the 1950s, air control towers began using Airport Surveillance Radar systems, revolutionizing the aviation industry.

More than a decade later, computers were introduced to the air control system to automate several crucial tasks.

The King Abdulaziz International Airport in Jeddah, Saudi Arabia, has the tallest control tower in the world. It is 136 meters tall and was finished in 2017. This tower is equal to a 40-story building and is taller than the Great Pyramid of Giza.

The second tallest ATC Tower is in Kuala Lumpur International Airport (KLIA2). It measures 133.8 meters above land. Some pundits consider it the tallest air control tower since it also measures 141.9 meters above sea level.

Air traffic control is an important part that helps maintain airport safety and efficiency. Hence, they need to have an airport lighting system to provide excellent night visibility and one that lasts for a long time.

At Hali-Brite, we know why a reliable lighting system is a must for any airport. Thus, we provide high-quality lighting products and ingenious solutions certified by the FAA. Contact us here today and get your free quote.