Home > Blog > A Guide to Runway Excursions: Types, Causes, and How to Prevent Them

A Guide to Runway Excursions: Types, Causes, and How to Prevent Them 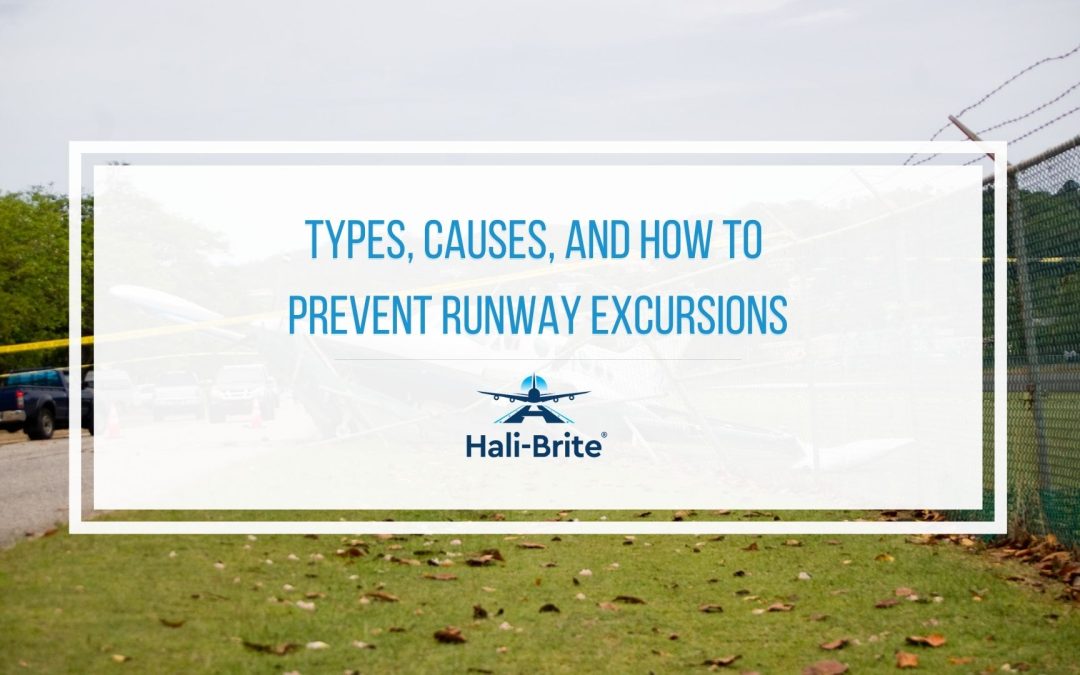 When a plane unexpectedly deviates from an airport’s runway, it’s often assumed to be involved in a runway excursion. This type of accident can be devastating – not only to the pilots and passengers of the plane – but also to the ground crew near the area where it occurred.

Although very few runway excursion accidents result in fatalities, they can still result in severe injury or death, especially at small airports with short runways. This guide looks into the types of runway excursions, their causes, and the preventive measures every airport should take to avoid them.

What Is a Runway Excursion?

Some 1,469 runway incursion accidents happened in US airports in 2021, according to the Federal Aviation Administration (FAA). Most airport incursions happen in small airports.

A runway excursion adversely affects the overall safety of the airdrome as it risks collisions with an aircraft, personnel, or other objects. Several factors that cause this incident include mechanical issues, pilot error, and poor weather conditions.

Meanwhile, a runway incursion happens at an airfield that involves an incorrectly placed aircraft, vehicle, or person on the runway’s designated landing and takeoff area. It is a surface incident caused by movements not approved on the runway that can affect flight safety.

Both runway incursion and runway excursion can hamper the operations of an airport.

This excursion happens when the aircraft departs on the edges of a taxiway or runway. When the aircraft is taking off or landing moves to the side of the designated runway. This incident can result in damage to the aircraft and airfield installations. In worst cases, it can cause injury or even death to persons on board the aircraft.

A departing aircraft fails to become airborne or take off successfully before reaching the designated end of the runway. According to the National Business Aviation Association (NBAA), overrun on takeoff occurs 18% of the time (compared to 82% during landing).

A landing aircraft that fails to stop before the end of the designated runway is reached. The outcome of such an incident can be pretty serious if there is not enough safety area that could reduce the consequences of such an overrun. 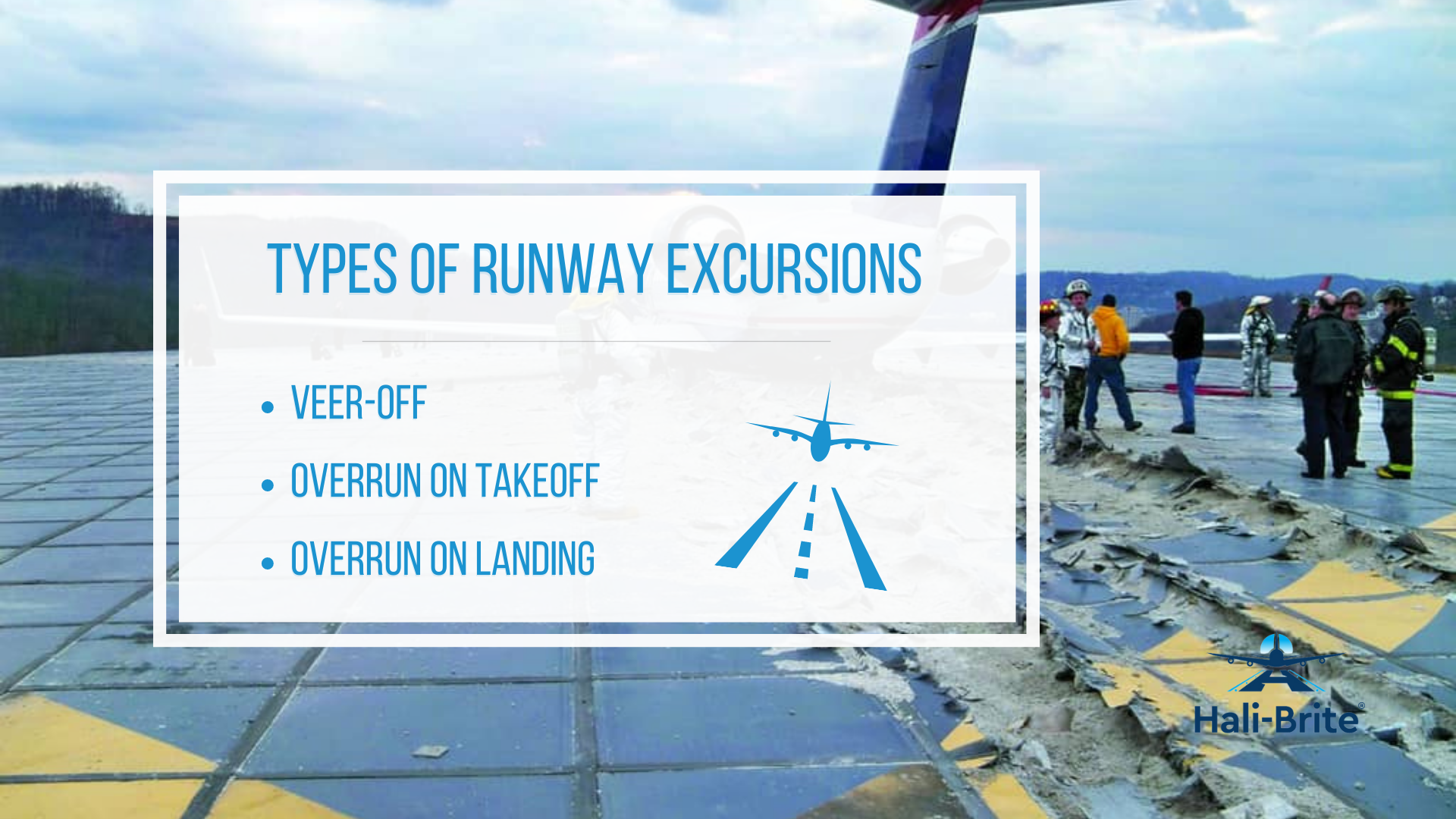 Aircraft runway excursions are among the most common causes of airport accidents. Most runway excursion events are survivable. However, they also account for many fatalities in the aviation industry because of how frequently they occur compared to other accidents.

According to the Flight Safety Foundation, these are the common causes of runway excursions during landing:

The study also attributed the pilot’s overconfidence during landing as another cause of an excursion. It is uncommon, though, and difficult to quantify.

How to Prevent Runway Excursions

By far, the best way to prevent runway excursions is a holistic approach that involves the contribution of all the stakeholders. At its core, the collaborative work requires identifying hazards, conducting risk assessments, and improving runway safety through training and better infrastructure.

Other actions that airports and airdromes can do to decrease runway excursions include:

Global Action Plan for the Prevention of Runway Excursions (GAPPRE)

Managing the danger of runway excursions is one of the most exemplary instances of how various aviation segments cannot succeed solely. The control of runway excursion risk and resilience depends on closely interrelated components.

The GAPPRE is a list of recommendations and instructions that summarizes the aviation industry’s consensus on the best practices to avoid runway excursions beyond regulatory compliance. It’s a 60-page aircraft operator’s guidance material that the flight crew can use as part of their daily routine. Several civil aviation organizations have worked to create the action plan, including the Air Navigation Service Providers (ANSP) and International Civil Aviation Organization (ICAO).

Runway excursions are a threat that every airport or airdrome must address. Aside from following the GAPPRE recommendations, airport management can also invest in a proper airport lighting system for improved visibility and safety, especially at night.

Hali-Brite knows the value of safety for everyone in the airport. That’s why we created an excellent lighting system at reasonable prices. We also provide FAA-certified lighting products and solutions that fit your airport’s requirements. Contact us here today, and we’ll give you a free quote.