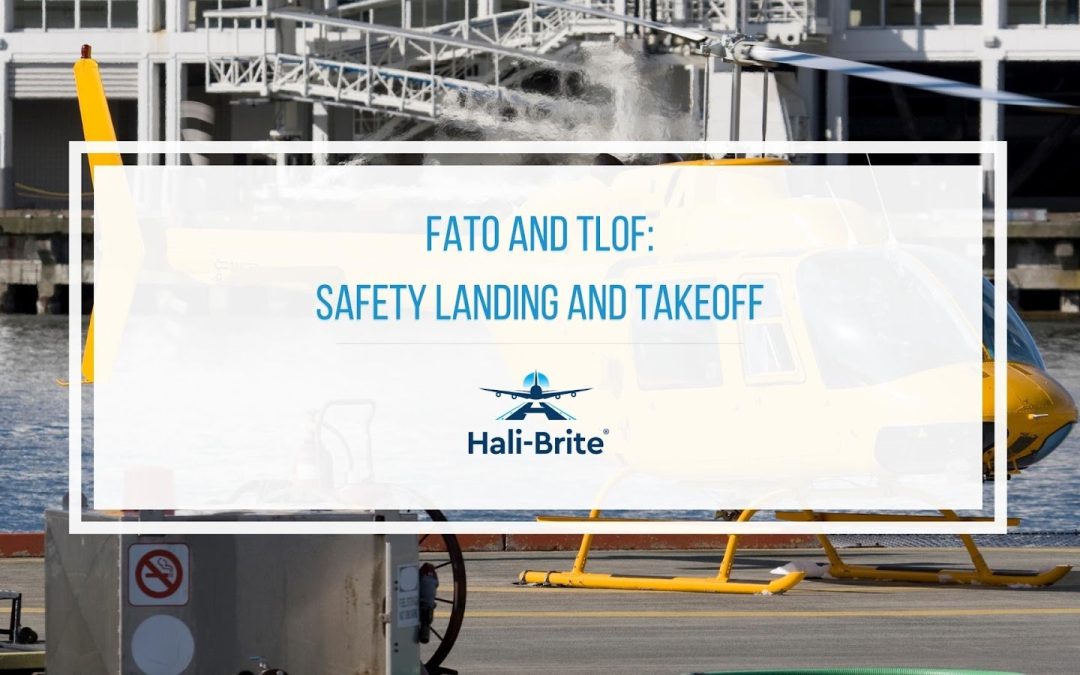 People who work around helicopters must observe the safety guidelines during landing and takeoff in heliports. Understanding the hazards and taking precautions involving heliport operations protects the pilot and everyone in the immediate surrounding.

Every establishment with a helipad must brief its staff on the safety guidelines in this area. It’s also essential to review the protocols at the change of seasons to avoid any negligence.

Three distinct regions comprise the Primary Surface or the heliport’s airspace. The Final Approach and Takeoff (FATO) is an area where the pilot performs the last phase of the approach before hovering and landing.

It is also the middle ring area of the Primary Surface and nearest to the outermost outer layer, called the Safety Area.

According to the requirements set by the Federal Aviation Administration (FAA) and the International Civil Aviation Organization (ICAO), here are the basic parameters a FATO should have:

Touch-down and Lift-Off (TLOF) is another critical area of a helipad. It’s a paved and load-bearing area where the helicopter takes off or lands. This section is also the center of the Primary Surface and is easily identifiable because of its “H” marking.

This area also has an information box that tells the aircraft gross weight rating of the helipad and the maximum size of the helicopter it can accommodate.

The FAA and ICAO have set these parameters when it comes to the basic layout and design of the TLOF:

TLOF and FATO are essential areas that help pilots navigate their way when landing and taking off on a helipad. They give visual cues to the pilots where to land safely. Thanks to its lighting signals and other visual aids, you can quickly identify them on the ground while the helicopter is in flight.

The markings on these areas also help pilots know which is the approach and departure part of the helipad. These features make it easier for the pilot to execute takeoff and landing maneuvers once they know the TLOF and FATO layout.

Clearways are often located outside the end of the FATO, and their width should not be less than that of the designated safety area. It can be overground or water but should not be load-supporting. In a clearway, the ground should have an upward slope of less than 3 percent of the horizontal line.

A safety area is required to surround a FATO. The designated safety area allows pilots to compensate for errors when hovering, maneuvering, and landing the aircraft.

No other object is allowed in the safety area except for function lights and visual aids.

Proper design of the FATO and TLOF areas is crucial for the safety not only of the pilots but everyone who uses the helipad. Thus, it is crucial not only to follow the aviation industry’s guidelines on building a helipad but also to use the most effective heliport lighting system in the market.

At Hali-Brite, we know the value of an outstanding lighting system and why it’s a worthwhile investment for your helipad. We provide numerous FAA-certified lighting solutions and products that give excellent visibility during night operations. Contact us here today and get your free quote.