How Heliport Markings and Lighting Aids Help Pilots During Navigation 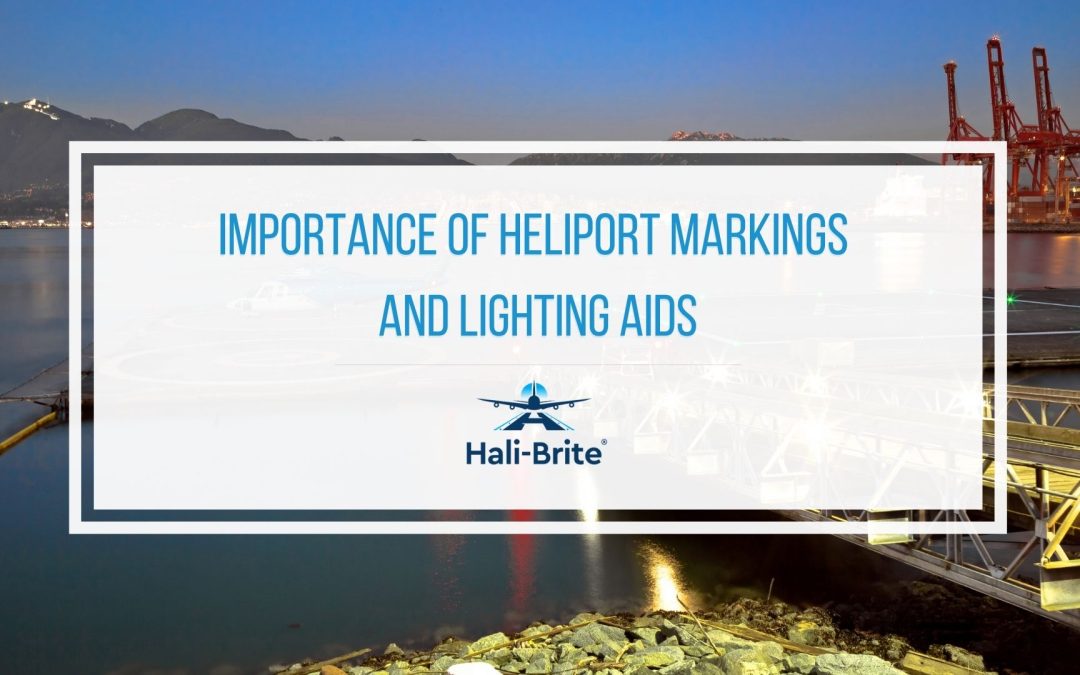 Just as a lighthouse guides sailors and ships to safety, heliport markings and lighting aids also serve as navigational guides to pilots and aircraft. Heliport markings and other lighting aids help make the entire facility safe for aircraft and people. Its purpose is to keep everyone away from danger and warn against possible accidents and mishaps, especially in low visibility conditions and at night.

Since lighting and markings are essential assets and parts of a heliport, the Federal Aviation Administration (FAA) sets guidelines for its requirements and dimensions. Hence, lighting and markings must comply with specific aeronautical standards to allow heliports to operate. Each lighting and marking has functions and roles in an effort to better operationalize the facility. This article breaks down all the major elements involving heliport markings and lighting.

What Is a Heliport?

A heliport, like an airport, is a pad or space used for the takeoff and landing of vertical lift aircraft such as helicopters. However, unlike an airport, a heliport is smaller in size and has fewer facilities, such as fuel or hangars. A heliport can be located on top of a building, on water, in open areas, or as part of an airport. It can be composed of a single landing pad or several helipads with smaller runways, and often will accommodate one helicopter at a time. A heliport can provide quick transportation to avoid land traffic, and/or be used for medical and rescue emergencies.

Similarities and Differences Between Airport, Heliport, and Vertiport

An airport, heliport, and vertiport are similar in terms of the following:

Meanwhile, they also differ in several factors, including the following:

The various heliport markers and markings have different functions. Here are some of them:

This marking is essential because it indicates that the area is a heliport. It also assists the pilot in the preferred approach of departure and landing.

These markings define the parameters or the surface area for the pilot to prepare for TLOF and FATO.

This marking indicates the maximum helicopter weight that can land on the heliport. This marking is especially useful for heliports on top of a building, ship, or helideck. 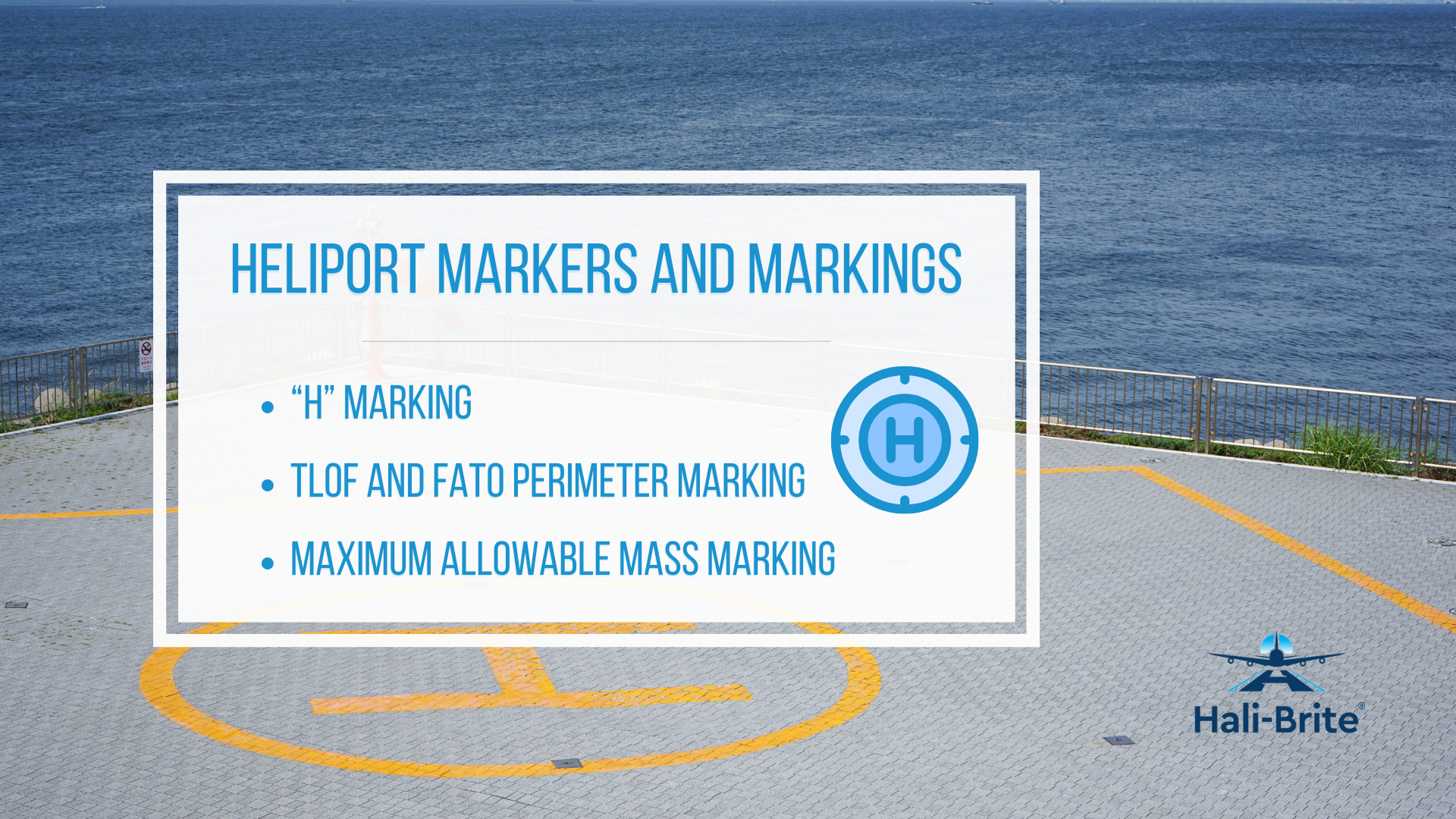 A rotating beacon, or an aeronautical beacon, helps pilots locate the helipad for landing. It is frequently positioned on top of a tall structure, like the control tower, so pilots can see it clearly as they approach the heliport.

The TLOF-perimeter light is a steady omnidirectional green light used to identify the TLOF area. These lights define the perimeter area in elevated, limited-space heliports, such as those on top of buildings.

This lighting detects and illuminates any obstacles within and around the FATO. This lighting assists the pilot in steering clear of potential obstacles such as tall towers or buildings.

Heliports can be located atop a building, on a ship, on unprepared open fields, and even on golf courses. Such locations can be difficult and dangerous during take-off and landing operations due to the limited space and/or complex surface conditions and circumstances. Thus, markings and lighting offer the extra safety measure essential in guiding pilots and avoiding danger. Furthermore, heliport markings also help identify the facility as an operating heliport.

A simple broken beacon light or a defective obstruction light could spell disaster in heliports. We at Hali-Brite know that there’s no room for inefficiency when it comes to safety. Our lighting equipment and markings are of the highest quality and standards.

We have been combining innovation and efficiency to provide FAA-certified airfield equipment and lighting systems since 1979. Reach out to us for your needs, and we’d be happy to assist you any time of the day.