Home > Blog > The Differences Between Civilian and Military Airports

The Differences Between Civilian and Military Airports 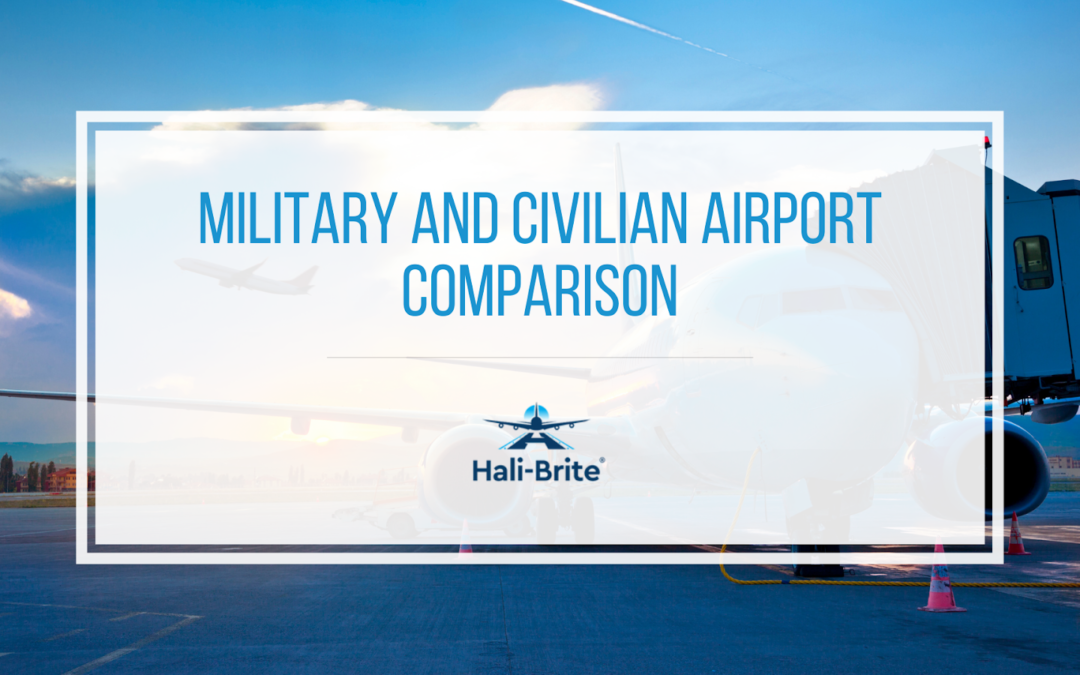 Did you know that there are over nine types of airports? Each one provides a specific function. Fortunately, you do not have to know the different types as we’ve conveniently grouped them all into two categories:

These two serve as parent airport types. Here, we’ll cover their core differences — from civilian and military airport beacon lights to emergency use cases and facilities.

The Military Airport vs. Civilian Airport 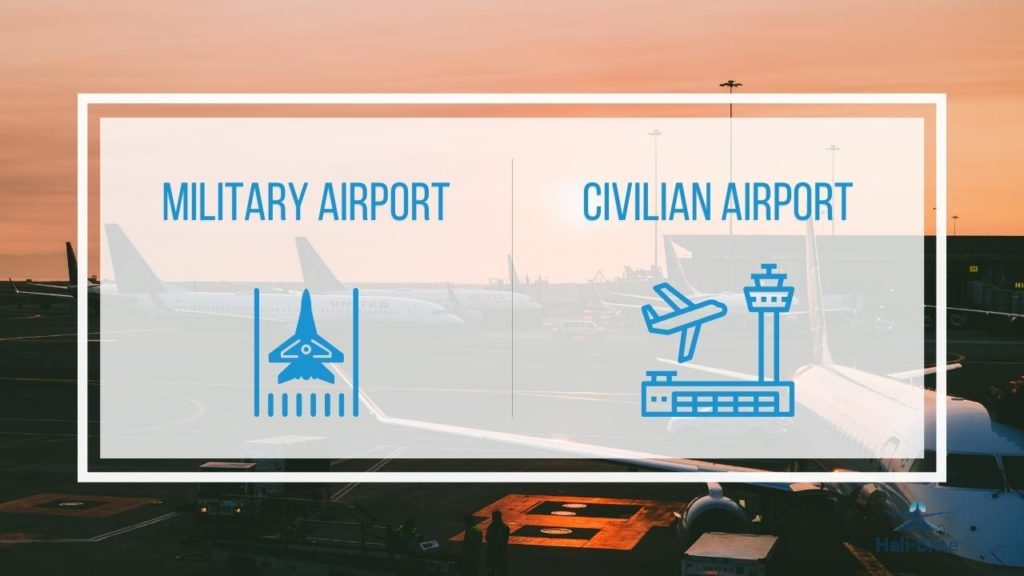 Commercial air transports are aircraft flight operations, either scheduled or chartered, involving passenger or cargo transport services available to the public for remuneration or hire. The aircraft carrier offers you flights with a fixed departure time and itinerary in a scheduled flight. While in a chartered flight, you rent the entire aircraft, allowing you to set your preferred flight schedule.

Civilian airports have terminal buildings that provide airport services to passengers, such as flight check-ins, baggage drop-offs, and waiting areas. Some civilian airports, particularly commercial airports, have amenities such as restaurants, lounges, and retail shops to provide passengers with comfort and convenience.

An airport beacon is one of the lighting equipment that allows pilots to pinpoint the location of an airport during flight navigations at night. Airport beacons are built following the standards required by the FAA.

An airport beacon can be an omnidirectional capacitor-discharge device or a device that rotates at constant speed producing flashes at regular intervals. Light flashes are displayed in different color combinations, indicating the type of airport.

Here is a summary of the color combinations and the frequency of flashes for each type of airport:

All Your Civilian and Military Airport Needs in One Place