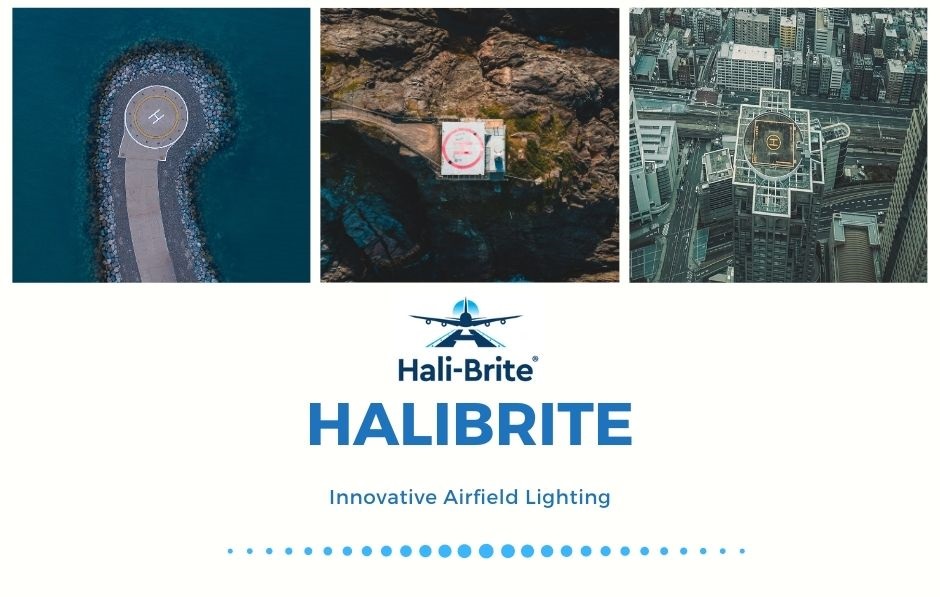 The convenient and luxurious appeal of flying via helicopter has lead to an array of heliports and helipads around the world. From super yachts to mega mansions, rugged mountains where the air is thin, and waterless basins filled with smooth river rocks, these places all host some of the world’s most unique helicopter landing pads. To understand the magnitude required to possess a helipad, you need to understand its basic anatomy. This article will cover the means necessary to host a helipad as well as describe some examples of the world’s most extraordinary helipads and heliports.

The Helicopter Landing Pad, or Helipad:

The helicopter landing pad, or helipad, is an area or platform for used for helicopter landings. Helipads can often be found at hospitals and on top of high rises. They’ve also become a hot commodity for the ultra-rich. For example, this helipad is located at a private villa in Luberon, France, nestled between a large tennis court and modern pool. The helicopter landing pad is also prominent in areas like New York and Dubai. In 2020, a helicopter service called UberCopter was created to fly New York locals and travelers between wall street and a heliport near JFK airport for $200 a day. Dubai hosts the most famous helipad in the world, the helipad on the Burj Al Arab hotel, which is most notable for being converted into a stage for PR stunts, such as being turned into a golf course for Tiger Woods and a boxing ring for Anthony Joshua.

Helipads may also be located in remote areas, especially due to the noise that they make and wind power expelled by their propellers. A heliport and helipad is typically constructed out of concrete, but in more rural locals, they can be made from anything from timber, to foliage, and painted rocks. One example of this is a helicopter landing pad located in the Shumak river in Eastern Siberia where locals painted the rocks to notate where the helipad is located. An image of this helipad can be viewed here. The painted rocks are a good example of helipad markings. Most consist of a large circle with an H in the center; however, some contain numbers, like those on ships.

A helipad located on a ship is often called a helideck, or holodeck. A great example of extreme helidecks are those located on the the superyacht, the Serene. The Serene consists of two helipads that transform into a swimming pool when not in use. This yacht is also capable of storing the helicopters inside its built-in hanger. You can learn more about superyacht helipads here.

The Seren’es ability to utilize its space for its helicopters is surprising because helipads require substantial amounts of space, at least 50 by 50 feet, but some are well over 100 feet wide. However, they don’t have a limit on how tall the structure that they’re placed on is. Siachan glacier in India is home to the world’s highest helipad, 21,000 feet above sea level. How would you like to land land a helicopter on a snowy mountain?

The Difference Between Helipads vs. Heliports:

Helipads are landing zones, whereas heliports are airports for helicopters, be they on land, water, or some other structure. Heliports may have more facilities for their helicopter fleets. The United States hosts the most heliports in the world with 5,664 heliports, followed by India with 1,141. A heliport must abide by FAA regulations, which includes things like design and lighting.

Heliport lighting is similar to airport lighting. This type of lighting is required by the FAA and includes final approach and take off lights, or FATO, touchdown and lift-off area lights, TLOF, as well as landing direction lights. Other lights that may be required at a heliport are heliport beacons and wind socks. A heliport beacon is used for pilots to locate heliports at night. Heliport beacons are equipped with clear, yellow, and aviation green lights. A wind sock or wind cone may also also be placed near a heliport’s helipad to help determine wind speed and direction. Some heliports also use low intensity elevated heliport lights. These lights are used on the edge of the heliport runway to provide a guide as to how far pilots are from the heliport.

If you’re interested in hosting a helipad, or have the space for a heliport, now you know the basics. Even if you don’t have you’re own personal helipad, they’re certainly a spectacle to look at. Their locations around the world range from the traditional to the extreme, or bare bones like the example in Serbia. Helicopters may be seen as a form of luxury transportation, but they’re necessary in certain instances, like in mountainous and remote regions. Heliport lighting is also integral to their operation. If you manage a helipad, or require heliport lighting, look no further than the innovate specialists at Hali-Brite, an innovative airport lighting company.