How to Read a Tetrahedron Wind Indicator Accurately Like a Pro

In airports, the Air Traffic Control (ATC) assists aircraft pilots during takeoff, landing, and taxiing. They provide crucial information that helps facilitate traffic management and collision avoidance. Pilots, however, rely on airport visual aid equipment, such as markings and lighting, to operate safely when the ATC is unavailable.

A wind indicator is a piece of aviation equipment that helps the pilot determine wind direction. Airports employ a windsock, a wind tee, or a tetrahedron as their wind indicator.

In this article, you’ll learn more about tetrahedron wind indicators, including how to read them and how they differ from other wind indicators like the windsock.

What Is a Tetrahedron Wind Indicator

A tetrahedron wind indicator is an aviation instrument that provides aircraft pilots with information on wind direction. It has an arrowhead-like triangular structure connected to a swivel, allowing it to turn freely with the wind. As the wind blows, the tetrahedron rotates sideways. The tip of the arrowhead points towards the direction opposite from which the wind is heading.

A tetrahedron wind indicator is typically large enough for aircraft pilots to see it on and above the ground. A tetrahedron is easy to read. Simply follow these basic guidelines:

2. See Where the Tip of the Tetrahedron Is Pointing

3. Identify Your Position Relative to the Wind Direction 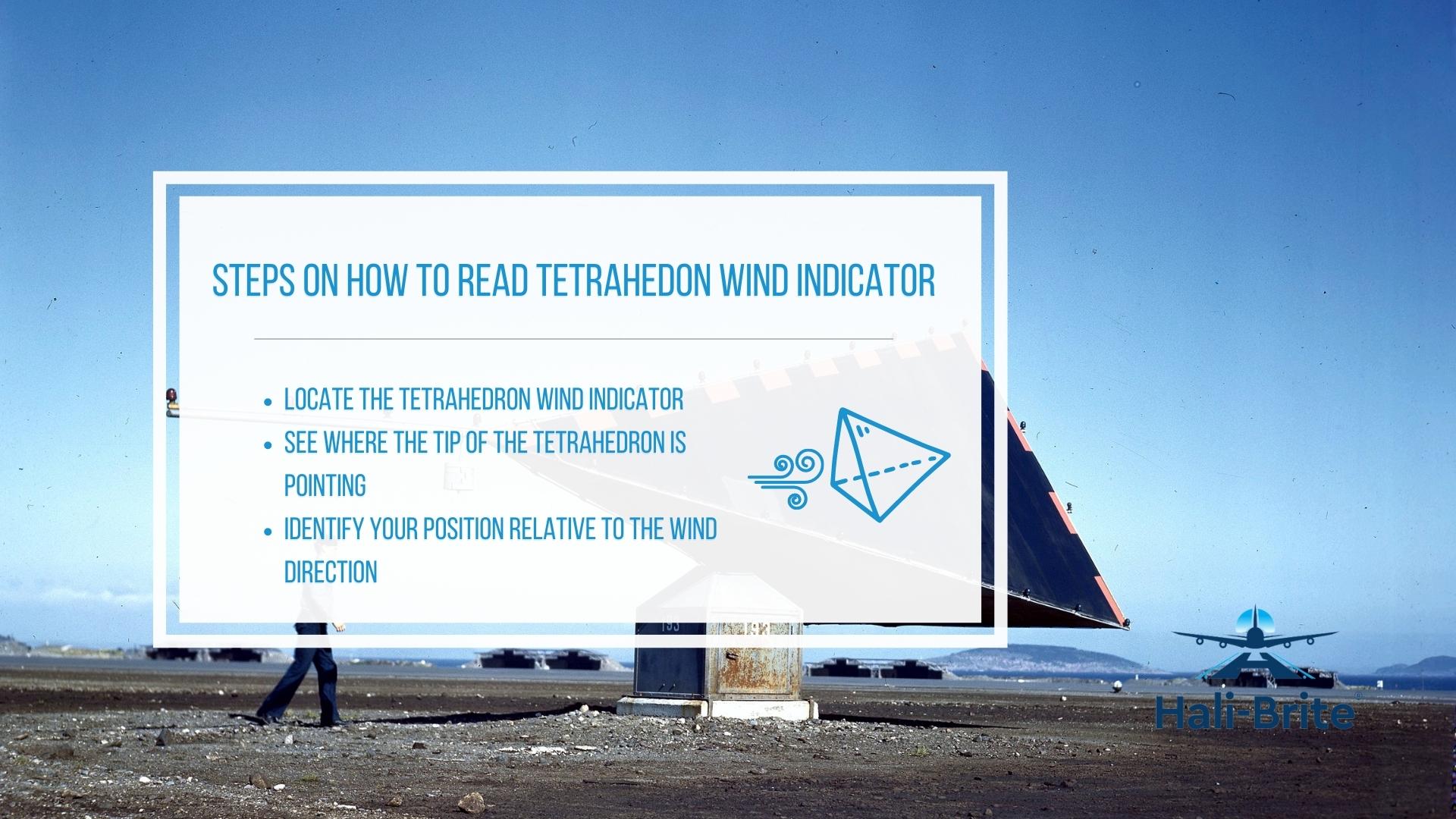 Does an Airport Need a Tetrahedron Wind Indicator

What’s the Difference Between a Tetrahedron and a Windsock

Like a tetrahedron, a windsock (also known as a wind cone) is another aviation instrument that can indicate the wind direction. Windsocks resemble cones and have apertures on both ends. The wind enters the windsock through the large opening, traveling towards the smaller one. The smaller end of the windsock indicates the direction to where the wind is going.

Tetrahedrons are unable to indicate wind speed. Windsocks, as opposed to tetrahedrons, can provide visual information on wind speed in place of ATC. Windsocks are divided into five segments, each suggesting an approximate wind speed. Every extended segment corresponds to a wind speed of three knots or roughly 5.5 km/h.

Hali-Brite for Your Airport Needs

Though both windsocks and tetrahedrons can be used to show the wind’s direction, windsocks are relatively more efficient as they can also determine the speed of the wind. Some windsocks, such as the lighted L-806 and L-807 wind cones, are also equipped with lighting features that provide pilots with visuals on wind direction and wind speed during night navigations.

Hali-Brite is here to provide you with standard FAA-certified windsocks with varied options that match your preferences. We also offer Wind Cone Light Kits that can illuminate your airport windsocks, providing aircraft pilots with visibility during night operations. Get your free quote now by contacting us here.