A Guide to Wind Cones

Wind cones, also referred to as a wind direction indicators, are tools used by pilots, grain elevator operators, oil field workers, and farmers to determine the speed and direction of wind. Believe it or not, these fluorescent devices are a form of technology, albeit a simple form, that utilize aerodynamics to operate.

Wind cones consist of a pole, or mast, metal tube, and windsock. The tube keeps the larger end of the windsock permanently open, while the smaller end will only open through compression. Wind funnels into the large portion of the sock and out of the smaller opening, inflating it. The amount of inflation depends on wind speed and pressure. Wind cones are also attached to metal poles via a swivel. This swivel allows the windsock to rotate, which designates wind direction.

How to Read a Wind Cone

The sections, or stripes, on a wind cone represent 3 knots a piece; thus, the second section will extend at 6 knots, the third at 9, and so on. A wind sock that is fully extended represents a wind speed of 15 knots or more. Wind cones extend opposite the initial direction of the wind. 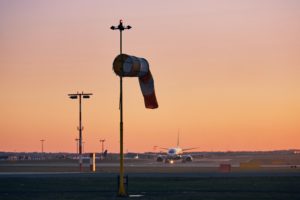 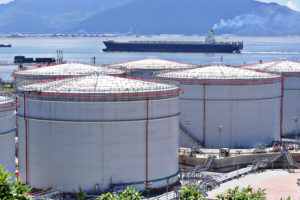 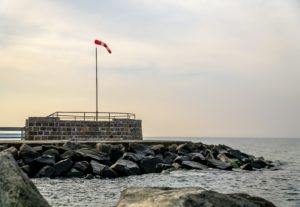 Wind cones were originally used for decorative purposes. The Japanese crafted windsocks shaped like carp for festivals, while the Romans carried them as banners for battle. You can learn more about their history here. Modern windsocks are used for safety precautions and can be found in a variety of industries and areas.

Airports, Airfields, and Heliports – Windsocks are heavily used in the aviation industry and are often referred to as aviation windsocks. They can be found at airports, airfields, and heliports. They not only assist pilots with determining wind speed and direction, but also help them determine take-off and landing direction. Aviation windsocks are always placed near the ends of a runway.

Grain Elevator and Grain Bin Windsock – A grain elevator is an agrarian complex used to store grain. There have been instances in which high winds have caused grain bins to collapse. Grain elevator windsocks allow those working at the facility to determine the direction and speed of the wind, which may affect the grain while it’s being stored.

Oil Tank Windsocks – Windsocks in the oil industry, often placed in oil fields or at oil storage tanks, are a protective measure. Workers use windsocks to determine wind direction in order to find safe zones in case of airborne hazards, like those caused by natural gas leaks.

Hospital Windsock – Hospital windsocks alert pilots to crosswinds, and, similar to airport windsocks, assist with take-off and landing direction. Windsocks at hospitals must always be illuminated. Windsocks are lit by floodlights or an LED light mounted on the pole that shines through the windsock itself. They can also be lit through the use of a solar power supply.

Chemical Plants – Windsocks at chemical plants are placed in clear view of workers in case of a chemical spill, which has the potential to become airborne.

The Side of Highways – Windsocks are typically used on highways in Europe to prevent high-sided vehicles from being affected by strong crosswinds.

More information about wind cone compliance can be found here.

Hali-Brite manufactures a variety of wind cones, each serving various industries and purposes. For example, the L806 wind cone can be used at private runways, municipal airports, grain elevators, oil fields, and hospitals. The L806 wind cone is built to FAA standards and can be lit with an energy-efficient solar power supply, which doesn’t require the use of an electrician. Our prices are competitive and our product is built to last. See some of our most popular wind cones and solar power supplies below. We provide worldwide shipping and can be reached at sales@halibrite.com. 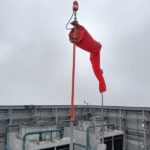 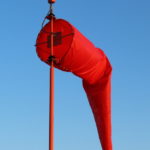 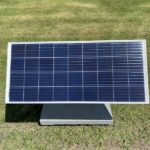